Phoenix was the first of my stud boys. He is a Red with White Classic Tabby (s)

Phoenix is a shy boy and he loved to play hide and seek at dinner time. He would sit on his little table and duck his head down beneath the side of his pen and then pop back up to see where you were, I played along with him and hide behind the cane lounge on the back veranda he always rewarded me with a meow that you cant hear. He has never had a loud voice he sounds like he has laryngitis.

When we moved to Newcastle in August 2011 my little man went missing during a big storm, somehow his pen caved in on one side and he got out. He would have been terrified, as earlier on in the year we all went thru Cyclone Yasi and now he was out. Not knowing where he was, nothing familiar all alone. I was devistated.

Phoenix was missing for 16 days it was by pure luck that my grandson was riding his bike and he thought he saw something orange down the storm water drain. We went back and had a good look and saw fur so we put some food down hoping he would come back he did, but I couldnt get him out all I could do was hold his head in my hand but I knew the minute I let him go to get the grate up he would run away again with the noise, he did.

I was determined that he would come back again so I sat there on the side of the road in the drain and rain and waited and waited, five hours later I was rewarded with the greatest gift my lovely red boy.  He has a lot of weight to put back on but he is home safe with us.

Update Phoenix has bounced back from his ordeal and is doing great he has put all his weight back on plus some. I am so relieved he is back to his usual self. 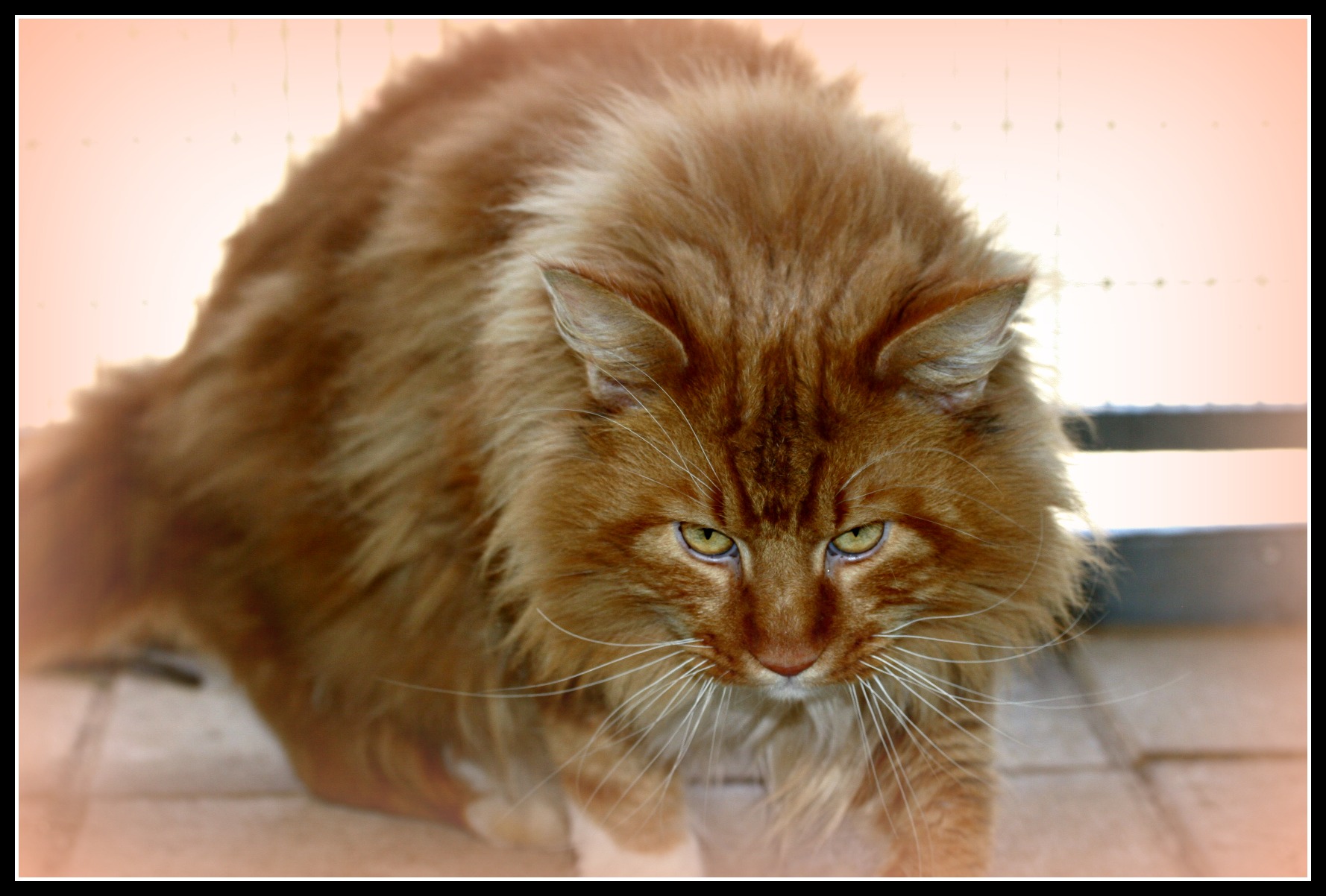 Pheonix now after his ordeal

Sadly Phoenix has passed away this year 2015 and now looks down on us from Rainbow ridge. He will be forever in my heart and I miss him dearly.

Lacey and Orpheous's Bubs
13916 views - 77 comments
Owned and Managed By Sue Kowalczyk. ALL CONTENT UNDER COPYRIGHT. Unless given written permission.