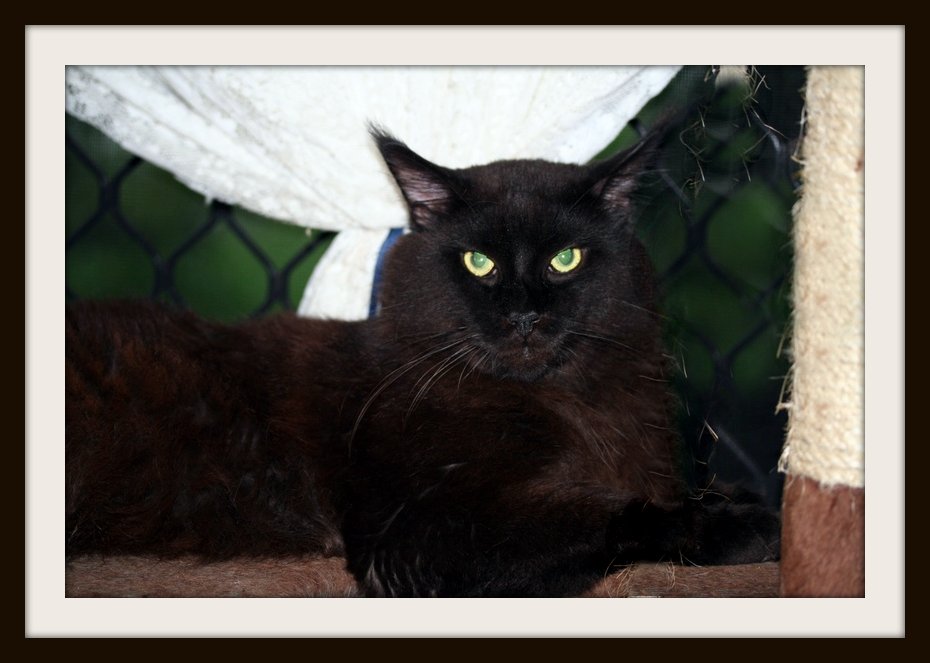 When I decided to be owned by this big, but gentle breed I knew then, that I wanted to breed and specialise in the solid colours. There didn't seem to be very many around so I was so proud when my first litter of solid babies were born.

Orpheous was born on the 21st Of January 2009. His mum is Kameko and his dad was Fennek. He is classed as a Solid Black or Black Non Agouti (a solid coloured coat).

Orpheous is a mummy's boy. A big sook who loves nothing better than curling up in a boomerang pillow next to me. He is very protective and does not leave my side when I am unwell. Orpheous is more than a Maine Coon he is my best friend and I cannot imagine him not being in my life. Orpheous doesnt attend a lot of shows anymore as he intimidates the male stewards with his look which is funny as he is well known as a sooky lala.

My Spot with my pillow 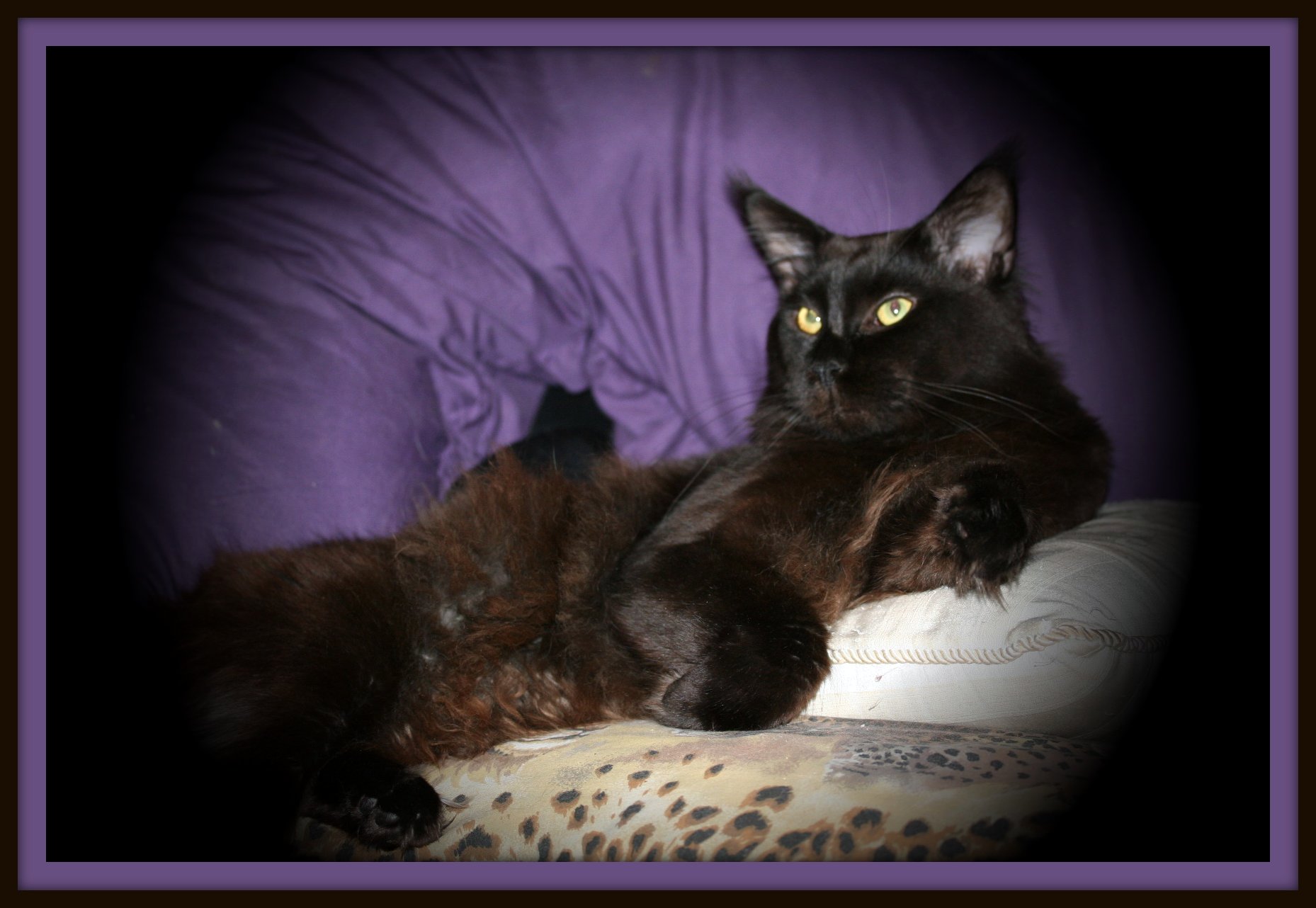 Orpheous has now had his bags unpacked. He is seven years old and seeing that he has always been a mummys boy we decided to retire him from being a stud. He can now roam the house without me watching his every move lol.

Lacey and Orpheous's Bubs
15465 views - 119 comments
Owned and Managed By Sue Kowalczyk. ALL CONTENT UNDER COPYRIGHT. Unless given written permission.